Anhydrous Calcium Chloride Snow Melting Agent is a kind of powder and granular material, which can be dry-sprinkled or formulated into a solution to spray directly on the road surface. The friction coefficient of the pavement after applying the ice-melt cleaner is equivalent to ordinary cement pavement and asphalt pavement, which can effectively prevent the traffic accident and the loss caused by the wheel slip.

Spraying time of anhydrous calcium chloride deicing salt directly affects the effect of snow removal. Snow melting snow before applying the new trend of the snow removal method, because the deicing salt on the road surface has a good adhesion, easy to drain, so snow spray can make it adhere to the road surface after snowfall is not easy to icy, and easy to Eradicating snow, but also speed up snow melting speed, greatly reducing the amount of deicing salt, a cost-effective features. The application of deicing salt after snow is a traditional and commonly used method, which can be reasonably applied according to the amount of snow and weather conditions. 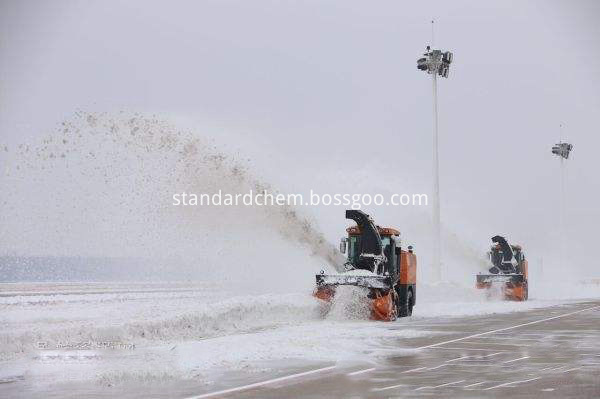